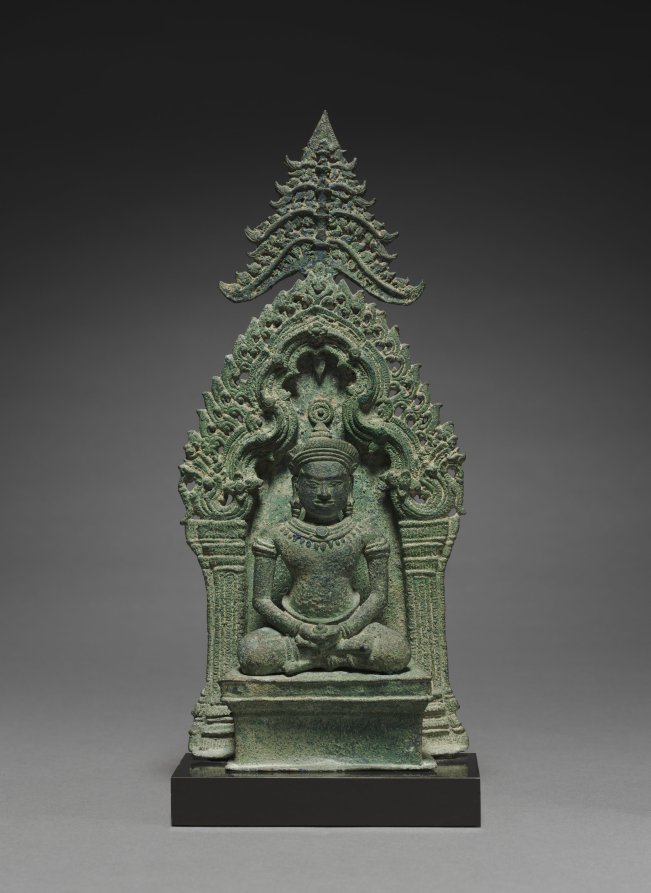 Oggetto: Sculpture
The crown and jewels of this Buddha indicate that he is a transcendent Buddha, not the historical Buddha who lived in the 5th century BC. Small-scale bronze images of transcendent Buddhas were used in tantric practices as personal meditation images or in ritual settings. Tantric Buddhism was adopted as the state religion during the 12th century in the region of Angkor. A depiction of the tree that references the moment of the Buddha’s enlightenment is above the scalloped serpentine form of the niche under which he sits enthroned on an altar. An object interpreted as a lotus bud rests on the hands in his lap as he sits in a posture of meditation.
Fonte: Altarpiece with Buddha Enthroned, mid-1100s. Cambodia, found in Vietnam, near Ho Chi Minh City, Reign of Suryavarman II, Angkor Wat Period, 1st half 12th Century. Bronze; overall: 26.8 cm (10 9/16 in.). The Cleveland Museum of Art, Purchase from the J. H. Wade Fund 1942.149