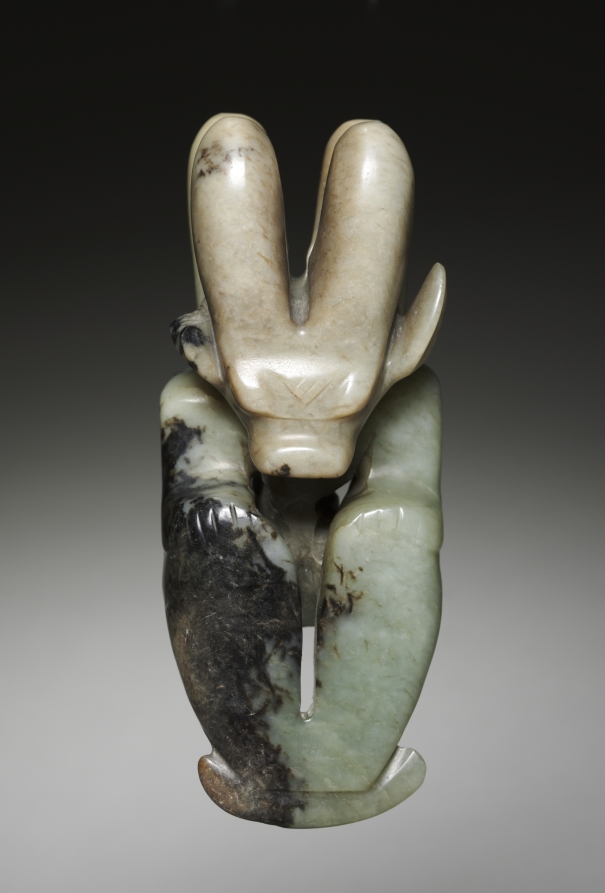 Amulet in the Form of a Seated Figure with Bovine Head

Oggetto: Jade
With a bovine head and four horns, this seated figurine was a powerful ritual and shamanic symbol. Drill holes above its shoulders form two interconnected perforations for suspension, suggesting that the jade was originally used as a pendant, presumably by the shaman performing the tasks of journeying to and communicating with the supernatural realms.
Fonte: Amulet in the Form of a Seated Figure with Bovine Head, c. 4700-2920 BC. Northeast China, Neolithic period, probably Hongshan culture (4700-2920 BC). Jade (nephrite); overall: 13.2 cm (5 3/16 in.). The Cleveland Museum of Art, Gift of Severance A. Millikin 1953.628