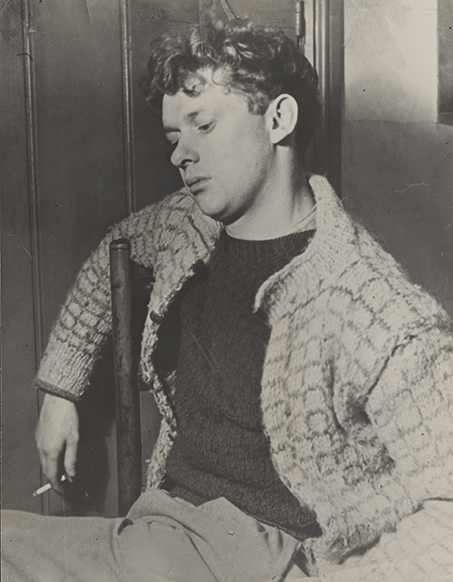 The digital collection of the Welsh poet and dramatist Dylan Thomas (1914–1953) contains approximately 6,000 images of manuscripts of his poetry, stories, radio broadcasts, plays, and film scripts, as well as correspondence, drawings, photographs, and some career and personal papers. This online resource was made possible by an international collaboration between the Harry Ransom Center at The University of Texas at Austin with Swansea University in Wales and the Dylan Thomas Trust. Materials created by Dylan Thomas remain under copyright and are shared here with the permission of the Dylan Thomas Literary Estate. Over half of the digital collection represents Dylan Thomas’s manuscript works at the Ransom Center, which range from the 1920s to 1954, and trace his creative evolution from early juvenilia to drafts of his mature, iconic works, such as "Do Not Go Gentle into that Good Night," Under Milk Wood, and a portion of Portrait of the Artist as a Young Dog. Letters that Thomas wrote to critic John Davenport, literary agent David Higham & Associates, poet and editor Geoffrey Grigson, and patron Margaret Taylor, among additional correspondents, provide further valuable documentation of his life, writings, and career.