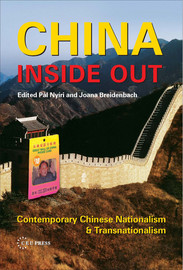 The "war on terror" has generated a scramble for expertise on Islamic or Asian "culture" and revived support for area studies, but it has done so at the cost of reviving the kinds of dangerous generalizations that area studies have rightly been accused of. This book provides a much-needed perspective on area studies, a perspective that is attentive to both manifestations of "traditional culture" and the new global relationships in which they are being played out. The authors shake off the shackles of the orientalist legacy but retain a close reading of local processes. They challenge the boundaries of China and question its study from different perspectives, but believe that area studies have a role to play if their geographies are studied according to certain common problems. In the case of China, the book shows the diverse array of critical but solidly grounded research approaches that can be used in studying a society. Its approach neither trivializes nor dismisses the elusive effects of culture, and it pays attention to both the state and the multiplicity of voices that challenge it.
Il libro è disponibile in modalità Freemium: solo la pagina HTML è gratuitamente consultabile, per PDF e ePUB è da fare riferimento al piano Freemium di OpenEdition