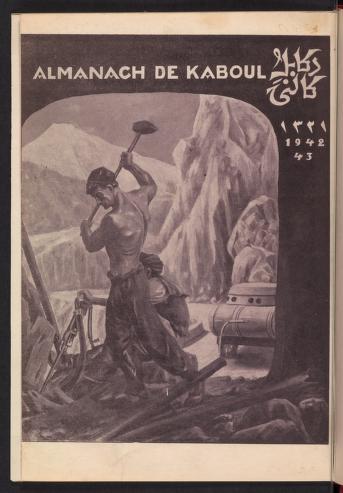 Da Ka?bul Ka?lanay (Kabul almanac) is a yearbook published by the government of Afghanistan. It contains rich primary source information about different aspects of the Afghan government structure and agencies, the royal family and other leading Afghan families, domestic and foreign affairs, economic policies and planning, historical and cultural works by Afghan and foreign writers, and educational and artistic developments in Afghanistan. The almanac, called by the Persian title Sa?lna?mah-i Ka?bul (Kabul almanac) until 1937, has been published in Kabul continuously every year between 1932 and 2017, except in 1990-2001, when civil war prevented publication. Presented here are Library of Congress holdings of the yearbook from 1942 to 1952. The almanac has undergone substantial language, content, and stylistic changes during the different periods when Afghanistan slowly took shape as a modern nation-state. The original publication was in Persian until 1937 and was managed by Anjuman-i Adabi Kabul (Kabul Literary Society). Although it always included a few materials in Pushto, its contents were almost exclusively in Persian. The title was changed from Persian to the Pushto Da Ka?bul Ka?lanay in 1937, the same year that Anjuman-i Adabi Kabul was renamed Pushto Tolanah (The Pushto Society) and greater attention was paid to Pushto language, literature, and culture. Most of the almanac's materials were now published in Pushto. When management of the yearbook was transferred in 1949 from Pushto Tolanah to the newly founded Riyasat-i Mustaqil-i Matbu?at (Autonomous Directorate of Publications), its name again was changed from Da Ka?bul Ka?lanay to Da Afghanistan Ka?lanay. The length and content of the almanac was also expanded and its quality improved to cover nationwide and global social and political developments. Greater use was made of visual materials, as large numbers of high-quality illustrations of road construction, hospital buildings, industries, and other social and political ceremonies were included. The almanac has other useful primary information, such as data on prisons and prisoners, libraries, coffee shops, and other public and cultural establishments not available in other Afghan government publications. The audience for the almanac was always a mix of local and international readers, civil society organizations, and other public and private individuals interested in Afghanistan.